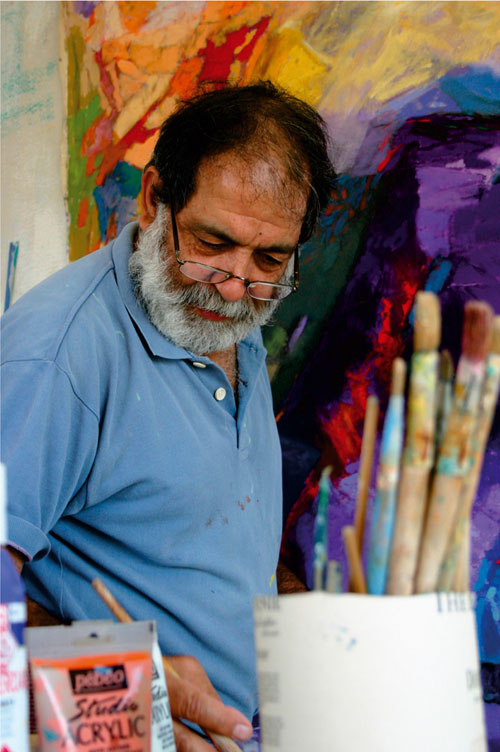 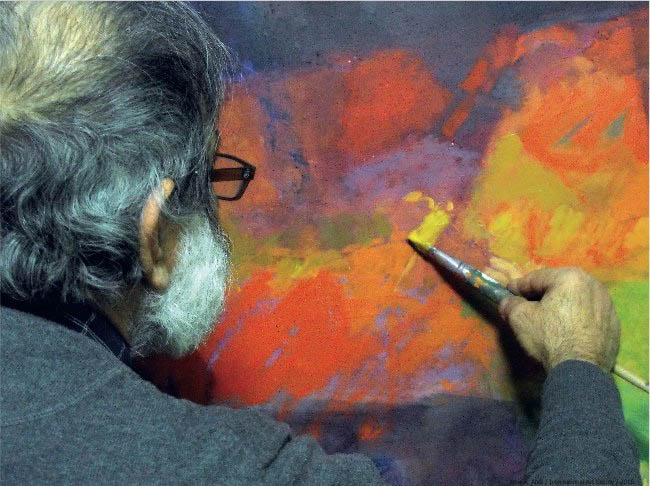 Born in Safad (Palestine) in 1944, he and his family were uprooted from their hometown when he was only 4 years of age. His family sought refuge in Syria, where he graduates from the School of Fine Arts, (Painting) in Damascus (1972). He is also a graduate of the L’Ecole Supérieure Nationale Des Beaux Arts, Paris (1981). He lives and works in Paris and Ramallah.

His first exhibition was held in Dera’a in Syria while Salameh was still an art student, then became a renowned artist travelling from one place to another until he settled in France then in Palestine, both in which he is warmly welcomed.

Samir Salameh has a rich experience that contributed to plastic arts in Palestine and worldwide. His style is dominated by his own language and methods in painting and coloring which he carefully developed with time while learning from his domestic heritage and opening himself to the world with its cultural diversity. Throughout his artistic path, Salameh presented more than seventy solo and group exhibitions hosted in Arab and foreign capitals. His artworks varied between realistic abstraction and lyrical abstraction, with the use of Arabic calligraphy and oriental themes. His works also included calligraphy, watercolor painting, prints and others.